Since 1984, over 300 Outremer catamarans have sailed on all the seas of the globe with onboard couples and families living their dream of blue water sailing. 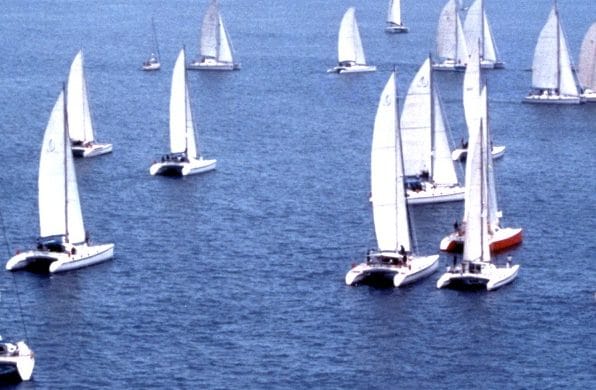 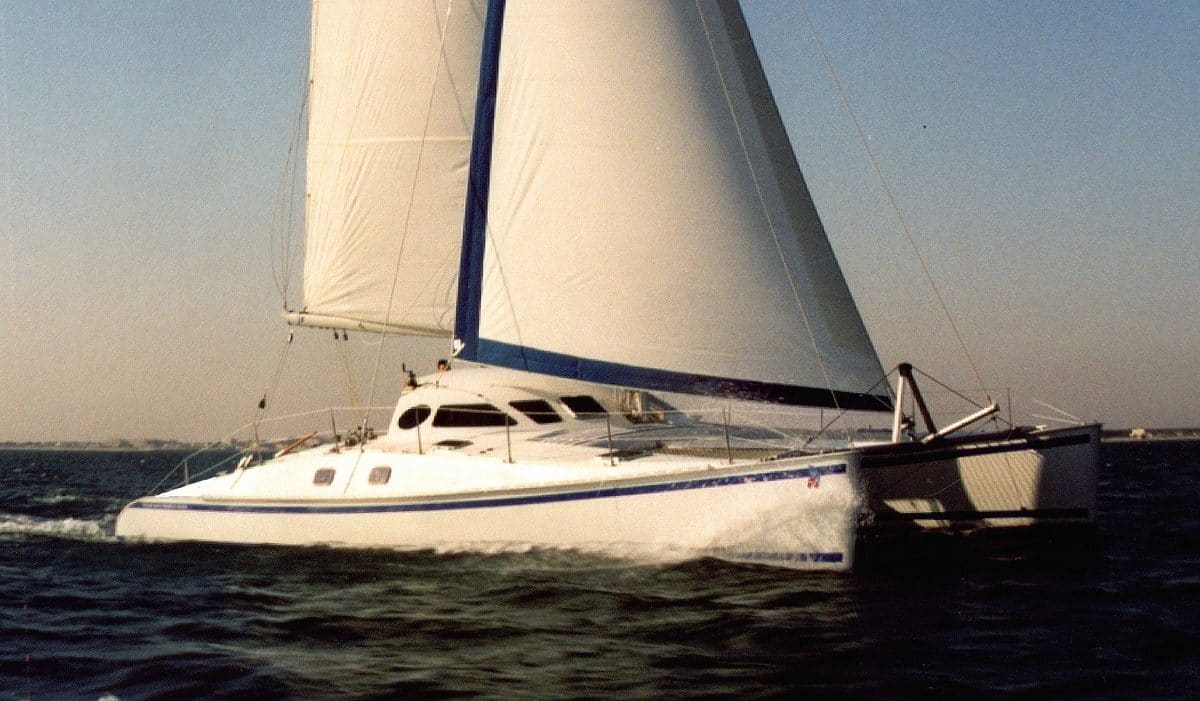 The beginning of a dream

June 1984, La Grande Motte: Gérard Danson, a young architect from the Conati shipyard, associated with the best technician of the shipyard, Daniel Cailloux, launches into the construction of a 40-foot catamaran, powerful and seaworthy, intended for offshore cruising. Visionary designer and creator, Gérard Danson understood that lightness, fine hulls and reduced windage are the key elements guaranteeing the marine qualities of a multihull.

A second boat was in build even before the launch of the first one: enthusiasm won new companions who joined the adventure… A name had to be found for this small organization, and statutes had to be filed. Passionate about the sea and travel, attached to the beautiful work, the associates agree on a name: Outremer (meaning Overseas in French) was born!

Tailored to the needs of their owners, open cockpit, small or large coachroofs, outboard or inboard engines, the first boats trusted the podiums of the races in which they participated and quickly crossed the oceans.

The challenge was successful: a new 50-foot model was designed to offer even more comfort and living space. New hangars were built to increase production capacity, the teams were expanded, and a specialized design office was set up. Outremer catamarans were crisscrossing all the seas of the world, winning races and rallies: Transat des Alizés, Transat des Passionnés, Transmed, the ARC, and more…

The first Outremer 45, Bagnoles de l’Orne, won the prestigious OSTAR (a British single-handed transatlantic race) under the command of Didier Levillain. Many families were discovering that the catamaran was a safe and seaworthy boat for a sabbatical year around the Atlantic or for a circumnavigation of the world.

A turning point in Outremer’s history

The death of Gérard Danson in 2005 marked the end of a first era. But 2007 initiated a new start for Outremer with the group Grand Large Yachting! Seizing the complementary nature of blue water sailboats and attached to the core values that have forged the DNA of Outremer, the Grand Large Yachting group relaunched production and sought the collaboration of the best multihull naval architects.

This revival was marked by the Outremer 49: making the most of advances in technology (complete infusion of the structure) and developments in naval architecture (dynamic hull balance, level spaces, 360 ° visibility, etc), Outremer Yachting renewed the concept of the blue water catamaran. While preserving the seaworthy qualities that built the legend of Outremer, Grand Large Yachting has brought the added expertise of a leading group in blue water cruising, to further improve the quality of life on board and the reliability of the boats.

The Grand Large Yachting group, of which Outremer Yachting is a member, is committed to imagining new conditions for sustainable sailing.

Designing and building innovative sailboats, because sailing is the most natural practice, is the fundamental and historical project of the Group. By mobilizing its know-how and remaining faithful to its fundamental values, Outremer aspires to become a model in the industry, helping to contribute to the transition for a more respectful and environmentally conscious future.

The benchmark for blue water catamarans

Numerous awards attest to this progress: “Best European Boat” for the Outremer 49, 5X, 4X, “Boat of the year” in the USA, BPI excellence award for innovation, Pass French Tech, which rewards the best performing SMEs… The shipyard’s reputation is spreading around the world, present in fifteen countries, exporting 70% of its production: Outremer has become the undisputed world benchmark for blue water catamarans!